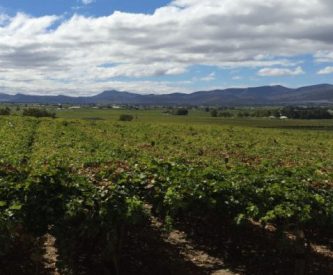 As with many river basins in South Africa and around the world, the Breede Catchment faces a variety of water-related challenges that affect many stakeholders group. As such, Woolworths, Marks and Spencer (M&S), the German Society for International Cooperation (GIZ), the Alliance for Water Stewardship (AWS) and the Breede-Gouritz Catchment Management Agency have partnered with WWF South Africa to address these issues to the benefit of all.

The first phase of this Breede Catchment Water Stewardship Initiative, implemented in 2013 and 2014, set out to better understand and identify water risks for Cape agricultural producers, especially in the M&S supply chain. The second phase, in 2015 and 2016, extended this work and included several smaller sub-projects, such as the alien plant clearing discussed below.

The importance of alien plant clearing in South Africa

Invasive alien plant (IAP) clearing is a hot topic in South Africa, with over 200 declared invasive species that have invaded over 20 million hectares of land nationwide. Their dense growth results in the loss of local species and biodiversity, increased biomass and fire risks, and the clogging of waterways, increasing the risk of floods and soil erosion. Comprehensive research has also shown that invasive alien plants in South Africa, especially in dense stands along rivers, use more water than indigenous vegetation. This translates into a 4% reduction in water availability, which could escalate to around 16% if these plants are left to spread uncontrolled.

Facilitating an alien-clearing initiative near Wolseley

Invasive alien plant control was a key issue raised by farmers – especially on mountainous farmland just north and east of Wolseley, a small town in South Africa’s Western Cape Province. These areas form part of the key water-source areas for the Breede River but are vast, steep and hard to access. Nearly a decade ago the area was cleared once with the assistance of the Department of Agriculture. Those farmers actively clearing were very interested in reigniting the collective clearing initiative, but they lacked critical mass. The main aim of the WWF-led Water Stewardship Phase 2 initiative has been to foster and facilitate another private collective clearing initiative.

Through the Water Balance Programme, WWF has gained significant experience in engaging in alien plant-clearing projects and identifying the elements crucial to achieving success and sustainability in interventions of this nature. One important principle is that of project ownership: to ensure that interventions continue beyond the project’s lifespan, it is vital that project ownership rests with the stakeholders based in the landscape or project area, as opposed to the project being driven by outside organisations.

With this principle in mind, it was proposed that, instead of prematurely developing an alien-clearing initiative on behalf of the stakeholders, Woolworths, GIZ and WWF would enable the stakeholders to develop this initiative themselves. Woolworths’ willingness to fund a project manager embedded in the landscape to drive this process, displays their intent to create a sustainable intervention instead of just achieving quick wins. Administrative support and further funding are needed for this alien-clearing initiative to be successful in the farming community.

While the project manager will be appointed by the Wolseley Water User Association, he or she will also receive mentoring support from the Department of Agriculture’s LandCare programme (on clearing, restoration and the development and implementation of a River Maintenance Management Plan) and from WWF (on writing proposals to obtain National Resource Management (NRM) funds and basic NRM administration).

The project manager will be responsible for three key tasks:

The project manager will undergo an introductory training period (especially with LandCare), which will include putting together an NRM funding proposal for the area (supported by WWF). Once the funding is secured, it will be the responsibility of the project manager to fully administer and implement the clearing of invasive alien plants.

The Wolseley Water User Association has agreed to house such a position and to become an implementing agent for a private clearing initiative, with the support of the project manager. It is the first time that a private funder (Woolworths) is funding the position of a project manager who is housed in a stakeholder organisation like the Wolseley Water User Association, while programmes like LandCare and institutions like WWF take on mentorship and support roles.

This format strongly supports the national aim of involving private landowners in clearing responsibilities, without placing an undue local administrative burden on collaborators like WWF and LandCare, who should play the role of facilitators and overseers and encourage the wider uptake of private clearing initiatives.