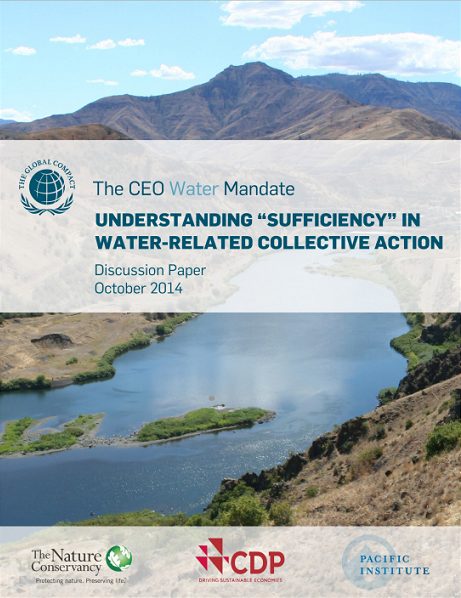 El Bajío is a key agricultural and industrial hub in Mexico and one of the fastest growing areas in the country. Its central location, healthy soils, year-round growing climate, and easy transportation access to both coasts as well as north to the U.S. and south to Central America, make it a very attractive location for national and international investment. El Bajío boasts more than 400,000 hectares of prime quality, irrigated agricultural land that produces a wide variety of agricultural products, including grains, vegetables and fruit. The region is Mexico’s top producer for canned and frozen produce and is responsible for 90% of Mexico’s exports in frozen produce. However, this region is experiencing considerable water strain, as irrigation is essential to grow crops in this semiarid region, and a rapidly growing manufacturing industry and urban population need ever-increasing volumes of water.

The El Bajío region overlays multiple adjacent aquifers that provide water for growing high value crops such as fruit and vegetables, and for supplying manufacturers and cities, but the water budgets for these aquifers (prepared by the national water agency CONAGUA) reveal that they are being pumped at a rate that is far outpacing annual replenishment. Aquifer levels across the state of Guanajuato are declining at an average annual rate of 2 meters per year, with some locations declining by as much as 5 meters per year. If water use continues as it has, scientists estimate that for many of the aquifers underneath El Bajío it will become too expensive, or the water of too poor quality, for pumping to be feasible beyond 20 more years.

Mexico has a ground water rights permitting system, but neither the location nor the volume of pumping are strictly enforced, mainly due to inadequate public sector capacity. As shown in Figure 7, even as the state set a moratorium on well drilling, the number of new wells continued to grow illegally. There are limited economic incentives for growers to increase the efficiency of their water use. Under Mexican law, water is free for agricultural purposes and, until recently, the Mexican government has subsidized electricity for irrigation groundwater pumping. Finally, even though technology to enable more efficient irrigation is readily available, it has been implemented on a very limited basis in the region.