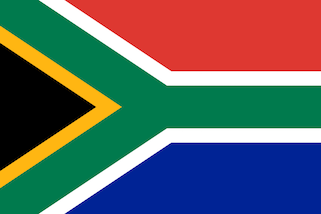 Mining companies in South African recognize water-related risks to their business, and create a water users association to collaborate with NGOs, government, and communities to address water issues.

The Olifants Water Resources Strategy forum was set up as an open, nonbinding forum for all stakeholders in the region to come together and discuss their water risk concerns. It was believed that by working together, more substantial solutions could be implemented. Key to the success of this process was having a long-term vision and the will to engage with the competition. Beginning the engagement informally was important in establishing where common ground existed, before entering into legal or signed agreements. This informed communication with other water users in the catchment highlighted risk areas that may not have been considered otherwise, and through the sharing of experiences, enabled all parties to get onto the same page.

The main driver of the platform was to identify ways additional water could be brought into the region to support economic growth without jeopardizing the environmental reserve or social needs. Additionally, the communities around the region are impoverished and have little access to water, which is a focus area for the government in addressing the UN’s Millennium Development Goals, and also brings into sharp contrast business and social water needs (in essence, there is a risk of a contravention to the human right to access to water should business needs be met without considering social needs). This posed a potential reputational risk if the mine were to secure further water for future development.

Once concrete action plans had been identified, the group set up the Lebalelo Water Users Association as a legal entity. The users association is set up like a water board and works closely with the DWA. Projects are financed in collaboration with the DWA (50 percent) and the businesses in the region. The agreement states that 50 percent of the water goes to industry, while the other 50 percent goes to the surrounding communities in the catchment for domestic water use. Where set projects have been put in place, these have been done on a commercial basis with reviews every two years. In the long term, forms of collective action such as the forum will exist as long as there is a risk that needs to be mitigated. These longer-term engagements are guided by agreements, while shorter projects are set up as clear contractual agreements.

Ultimately, the Water Users Association has brought together NGOs, government agencies, and society, helping to avoid situations where multiple water users pursue individual water security agendas and solutions that could result in, for example, requests for licenses in an uncoordinated and patchwork manner.