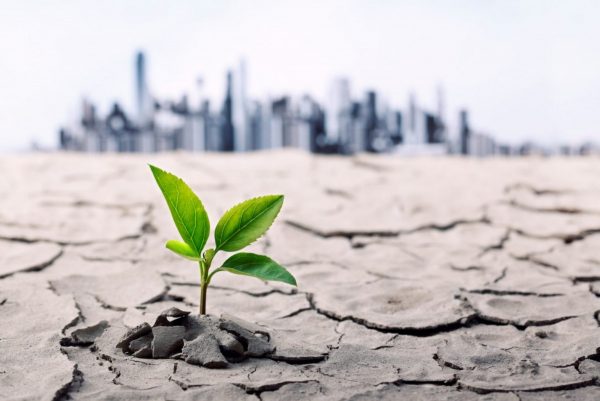 The ‘Drought Stress Testing Tool’ allows financial institutions to see how incorporating drought scenarios changes the perception of risk in their own loan portfolios, based on the catastrophe modelling framework that the insurance industry has used for 25 years.

Financial institutions are often ill equipped to understand the impact of environment-related risks on their clients and portfolios. The ‘Drought Stress Testing Tool’ enables banks to assess if a client may be at risk from drought and how drought can affect a sector or region. A clearer understanding of the risk associated with droughts can help build more resilient financial institutions, and by shifting finance to less vulnerable sectors and regions, economies can become more stable and resource efficient. In turn, this helps the planet, as more resource efficient production in less vulnerable areas can produce healthier ecosystems better equipped to absorb shocks such as droughts.

The ‘Drought Stress Testing Tool’ allows financial institutions to see how incorporating drought scenarios changes the perception of risk in their own loan portfolios, based on the catastrophe modelling framework that the insurance industry has used for 25 years. It looks at five drought scenarios in four countries – Brazil, China, Mexico and the US – to model the impact on 19 different industry sectors, the companies in those sectors and the likelihood they will default on their loans.

Key findings from the report include:

The tool was presented at workshops and launch events held in March in Mexico, Brazil, China and the US, attended by financial institutions, as well as central bankers and government representatives. Some of the benefits identified by those attending the events were that the tool will enable banks to make long-term assessments, as well as flagging opportunities for the private sector and government to work together on mitigating drought risk. Linda Murasawa, Sustainability Head of Santander Brazil said in the press release: “We consider environmental risk management as an irreversible trend in the financial industry. Santander has a long-standing history of considering ESG in its risk assessments and of promoting sustainable business among its clients. Participating in this pilot was an excellent opportunity to further foster this agenda and to evolve our understanding of the possible impacts of droughts to our business. This tool will have immediate impact in terms of awareness raising and bringing the issue of environmental stress testing closer to mainstream risk management.”

Participants noted the ability of the tool to uncover geographical risk not previously recognised, such as in Mexico and Brazil, where although banks’ portfolios are well diversified across sector, a geographic concentration of industries in the same vulnerable area, may make their portfolios more susceptible to drought risk.

Participants also noted that the tool may prove useful to financial institutions implementing the recommendations of the Financial Stability Board’s Task Force on Climate-related Financial Disclosures, as well as contributing relevant data to the G20 Green Finance Study Group.  Courtney Lowrance, Global Head of Environmental and Social Risk Management, Citi said in the press release for the launch of the tool: “The development of the tool is timely, as it will inform how ?institutions can conduct scenario analysis on climate change risks in alignment with the expected guidance from the Taskforce on Climate-Related Financial Disclosures.”

Eric Usher, Head of UNEP FI, said: “Making the move to a sustainable finance system will require the development of innovative tools such as this. This is the first time drought risk has been assessed in this way, and the involvement of nine forward-thinking banks from around the world proves how serious global financial institutions are becoming about considering the risk from extreme environmental events such as drought.”

This project was financed by the Federal Ministry for Economic Cooperation and Development (BMZ), and developed jointly by the Natural Capital Finance Alliance (NCFA) and the Deutsche Gesellschaft für Internationale Zusammenarbeit (GIZ) GmbH. A consortium led by global modelling experts RMS designed, developed and implemented the tool and the framework which underlies it. The NCFA is a worldwide finance-led initiative to integrate natural capital considerations into financial products and services, and to work towards their inclusion in financial accounting, disclosure and reporting. Signatory financial institutions are working towards implementing the commitments in the Natural Capital Declaration through NCFA projects. These are overseen by a steering committee of signatories and supporters and supported by a secretariat formed of the UNEP FI and GCP.

Find more information and get instructions on downloading the tool here.

The press release is available here.

There are no reviews yet.