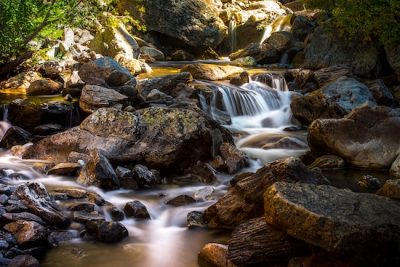 This report presents an Emergency Recovery Plan to bend the curve of freshwater biodiversity loss.

Despite their limited spatial extent, freshwater ecosystems host remarkable biodiversity, including one-third of all vertebrate species. This biodiversity is declining dramatically: Globally, wetlands are vanishing three times faster than forests, and freshwater vertebrate populations have fallen more than twice as steeply as terrestrial or marine populations. Threats to freshwater biodiversity are well documented but coordinated action to reverse the decline is lacking. We present an Emergency Recovery Plan to bend the curve of freshwater biodiversity loss. Priority actions include accelerating implementation of environmental flows; improving water quality; protecting and restoring critical habitats; managing the exploitation of freshwater ecosystem resources, especially species and riverine aggregates; preventing and controlling nonnative species invasions; and safeguarding and restoring river connectivity. We recommend adjustments to targets and indicators for the Convention on Biological Diversity and the Sustainable Development Goals and roles for national and international state and nonstate actors.

Humans have caused widespread planetary change, ushering in a new geological era, the Anthropocene (a term first coined in the 1980s by Eugene F. Stoermer, a freshwater biologist). Among many consequences, biodiversity has declined to the extent that we are witnessing a sixth mass extinction (Ceballos et al. 2017). Recent discourse has emphasised the triple challenge of bending the curve of biodiversity loss (Mace et al. 2018) while also reducing climate change risks and improving lives for a growing human population. In 2020, governments will review international agreements relevant to this challenge, including the Convention on Biological Diversity (CBD) and the Sustainable Development Goals (SDGs). There is a brief window of opportunity now to set out recommendations that can inform these agreements and guide future policy responses.