Nature-based solutions (NBS) provide a mechanism to adapt to climate and human-induced impacts while also reducing the severity of climate change through carbon uptake and storage and can be used to manage floods, droughts, and extreme weather events. NBS can also restore watershed and ecosystem health, and provide a wide range of co-benefits. Additionally, NBS (including green infrastructure) can be more flexible and resilient than conventional engineered solutions (gray infrastructure).

Implementation of NBS remains limited due to several challenges:

Despite the challenges, there has been an increase in private sector investment in NBS, where companies are making commitments to protect nature (such as deforestation-free supply chains) or integrating NBS into long-term sustainability plans. Companies are an important stakeholder for identifying financing for NBS or analyzing and advocating for more policies that facilitate investments in NBS due to their proclivity for innovation and their foresight in addressing business risks. This project complements all these efforts by identifying the range of benefits of NBS and developing a standardized accounting methodology.

This initiative aims to develop a standardized method to account for the stacked water and carbon benefits, and identify wider co-benefits of NBS for watersheds. This initiative will demonstrate how evaluating stacked benefits quantitatively and qualitatively can build the business case and show the investment potential of NBS for watersheds, as well as build awareness of their value.

Objectives of this Initiative

This initiative will produce a publicly available guide including steps, indicators, and methods to account for the stacked water and carbon benefits of NBS for watersheds, as well as identifying wider environmental, social, and economic co-benefits.

By promoting the quantification of stacked benefits of NBS, this method can help to:

This method will be most useful for companies interested in responding proactively to shared sustainability challenges, as well as companies that are implementing or considering investing in NBS and would like to estimate and demonstrate the potential benefits of NBS interventions.

This initiative has three phases starting in Q1 of 2020 and ending in early 2021.

This initiative is being developed by a multi-stakeholder project team including the CEO Water Mandate, Pacific Institute, The Nature Conservancy, Danone, and LimnoTech. An expert advisory group will provide insights into the development and refinement of the method as well as strategic direction of the initiative. The expert advisory group comprises stakeholders with expertise in NBS from the public and private sectors, NGOs, academia, and civil society.

Funding support for this initiative comes from the CEO Water Mandate endorsing companies with the lead sponsors being Asian Pulp and Paper, Danone, and Microsoft.

If you’d like to discuss how you and your organization can get involved with this NBS initiative or to hear more about project-related reports, upcoming events, or how to sign up to be a case study, fill out the form below. 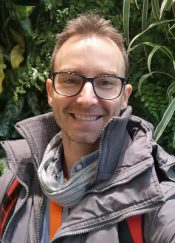